There were no tiaras nor ball gowns but the woman in front of us was royalty and she had a very important task — to name Holland America’s flagship Rotterdam. “I wish her [the Rotterdam] and all who sail on her a safe voyage,” said Her Royal Highness Princess Margriet of the Netherlands, as she pulled a rope that signaled the bell to ring, champagne to be shattered and the ship’s incredibly talented musicians and singers to hit inspirational high notes.

And, with that, the Rotterdam, the third vessel in Holland America’s Pinnacle Class and the seventh to bear her name, was officially named, and then promptly set sail offering its 2,668 guests a nature-filled inspiring cruise around Norway. Sitting on your balcony watching the majestic scenery pass by is one of the highlights of a Norwegian cruise. Photo: Grady McGill

It is fitting that the Rotterdam will spend the season doing seven- and 14-day cruises around Norway as well as explorations to Scandinavia, Iceland and the Northern Isles. We say that because the Rotterdam is a visual wonder with beautiful soaring chandeliers, whimsical statues often with a music themes and spacious well-designed cabins. Walking around the ship and peering into every nook and cranny never got boring. Neither does Norway. Norway, of course, is almost a majestic overload for the eyes with waterfalls at every turn, brightly pained houses backed up again snow-capped mountains, stores lined with colorful patterned sweaters and charming cafes that serve refreshing beer and warming fish soup.

After leaving its home base of Amsterdam, the Norse Legends itinerary’s first stop was to Eidfjord, often called one of the country’s most beautiful villages, with a couple of stores, a cafe or two and the fjord boasting the most beautiful clear green water we’ve ever seen. Many of the passengers took a tour that drove through the steep Mabodalen Valley to the Huge Hardanger Mountain Plateau, the largest mountain plateau in North Europe. With a stop at the Voringsfossen Waterfall, which cascades almost 600 feet into the Mabo Valley, the trip was perfect for Instagram and for those who want to see one of the country’s most iconic views. The weather was less cooperative with intermittent rain and fog but still the scenery blew everyone away.

We chose a simpler itinerary, walking a a well-noted path through the forest that paralleled a rapid stream that brought us to a Viking cemetery. We finished our journey with some hot chocolate and heart-shaped waffle. Just perfect.

We had a blast meandering around the tiny streets and boulevards of Alesund, the commercial center of the More-Romsdal District. We found a chocolate shop and tasted a variety, including chocolate with brown cheese in it — surprisingly delicious. The highlight of this town was a walk to the cascading stream and waterfall. Nature at its finest — well, until we walked back to the ship and took a few moments to admire the Geirangerfjord. Again the water was so clear it could be a mirror. The area is “waterfall central” with many, including the Seven Sisters, the Suitor and Bridal Veil, visible from our cabin’s balcony.

Next stop was Geiranger as passengers breathed in the clean, crisp, bracing Norwegian air as they shopped, hiked, kayaked and biked through the forests and glacial lakes. Geirangerfjord is one of the steepest and longest fjords with steep walls of rock dropping 500 meters below the water’s surface and rising 1,400 meters above seal level. We stopped at a delightful fish and chips shack and crunched into the freshly caught cod. Bergen’s fish market is perfect for window shopping (or open-air browsing) or maybe having the stall owner cook something on the grill. Photo: Grady McGill

Bergen was our last stop and the most cosmopolitan. While the city has many highlights, for many of us it was a walk to the Bergen Fish Market where vendors showcased

their fresh catches and cook it on the grill right in front of you.

We had two days at sea, and the hours were quickly filled up with a spa day (a facial took years away), reading in the Crow’s Nest, and enjoying Holland America’s Music Row, which featured nightly concerts in the Rolling Stone Rock Room, B.B. King’s Blues Club and Billboard Onboard. We must admit that our favorite was slipping into a seat to Lincoln Center Stage where a quartet brought back the classics with vigor and panache. It truly was like being at Lincoln Center and was a nice serene addition to an already relaxing cruise.

Of course, we would be remiss to not talk about the food, which exceeded expectations. The Lido Cafe, the traditional cafeteria-style dining area, offered food that was diverse, fresh and really delicious. Favorites included crepes and Eggs Benedict for breakfast, salads, sushi and stir fry for lunch and the meats and veggies for dinner. Lamb chops and a lobster tail are a perfect entree at the Pinnacle Grill. Photo: Grady McGill

We also sampled the specialty restaurants, where for a small fee, you can have exquisite steaks at the Pinnacle Grill and Italian delicacies at Canaletto. Our two favorites, however, were Rudi’s Sel de Mer, a brasserie that offers a modern twist on classic French dishes. Yes, the escargots swam in garlic butter; the delicate lemony sauce complemented the poached lobster, and the filet of sole, carved tableside, brought new meaning to the word “out of the world!” Tamarind was a find! The Asian delicacies melted in our mouths. It’s a definite “not to be missed” and worth the extra few dollars.

We must mention the Holland America crew. Everyone from the cabin attendants to bartenders to the entertainers were all committed to giving each guest an unsurpassed experience. You could tell they were genuinely thrilled to be back sailing and dispensing outstanding customer service.

Would we book another Holland America cruise? In a New York minute. Would we recommend — or even again take — this cruise? What’s faster than a New York minute? And, let’s face it… if it’s good enough for Princess Margriet, then it’s pretty darn great. 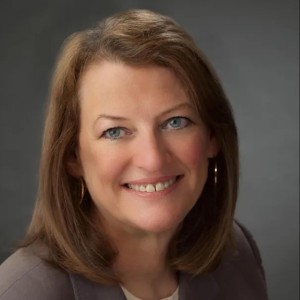 Mary Welch
Mary Welch is an award-winning journalist, author, content provider, magazine writer, columnist and editor. She writes about business, legal topics, travel, lifestyles, automobiles and women’s issues for more years than she would like to remember. Click here for more information about Mary.