In a notice posted Friday, Hong Kong International Airport announced that it will immediately begin barring air passengers coming from more than 150 countries and territories from transiting through the city, according to AP News.

International travelers who have spent time in any of these 150-plus countries within the past 21 days, including the U.S. and the United Kingdom will be prohibited from making connections in Hong Kong from January 16 through February 15.

The city had already declared a two-week ban on all inbound travelers from the U.S., Canada, the U.K., France, Australia, India, Pakistan and the Philippines, which went into effect on January 7.

After cases of the Omicron variant managed to infiltrate the city’s defenses during the final days of 2021, Hong Kong authorities have become intent on stamping out the contagion completely.

The bustling metropolis found its first confirmed community case of Omicron on December 31, which was traced to a Cathay Pacific crew member, who later tested positive for COVID-19, broke quarantine by dining at a restaurant while off-duty.

More than 50 local COVID-19 infections have been reported since the end of 2021.

Prior to that, Hong Kong had enjoyed three months entirely free of community COVID-19 transmission and dodged any outbreaks of the Delta variant, largely due to its three-week mandatory quarantines imposed on most international arrivals and a strict set of measures to prevent community spread.

While “We have yet to see a new wave; we believe we are the verge of another outbreak,” Lam said during a press conference on January 5, according to Fortune. “We know that once there is an outbreak of Omicron, there is no containing it,” she added.

While other countries seem to have accepted the impossibility of completely containing the highly-contagious Omicron variant, and are merely attempting to minimize transmission, Hong Kong has aligned its approach with mainland China’s more draconian zero-COVID policies.

Chinese authorities have also suspended thousands of inbound flights from foreign countries since the end of 2021 in keeping with its “circuit-breaker” strategy. China’s aviation regulators order the two-week suspension of routes through which a flight arrived carrying more than five passengers who test positive post-arrival, with four-week cancellations being applied to routes where more than 10 passengers test positive.

For the latest insight on travel around the world, check out this interactive guide:

For the latest travel news, updates, and deals, be sure to subscribe to the daily TravelPulse newsletter here.

This post was published by our news partner: TravelPulse.com | Article Source 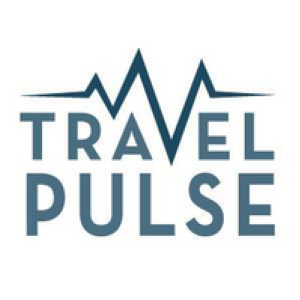 TJS News
TravelPulse.com, part of the travAlliancemedia network of products, is the leading resource for the latest travel news, offers, and videos. Since 2002, TravelPulse.com has been delivering industry news, dynamic video content and important supplier and destination information that have allowed hundreds of thousands of travel agents to succeed. Now, with dedicated consumer content, TravelPulse is once again revolutionizing the way that travel content is consumed.