While Europe’s big cities may be the starting point for your trip, you’ll find plenty of culture, cuisine and charm in small towns. Fall’s cooler temperatures and fewer tourists make it a great time to explore. Italy’s Amalfi Coast, about three hours south of Rome, is a stretch of rugged shoreline dotted with beaches, picturesque villages and terraced vineyards.

Among the highlights is Posiano, where the steep, narrow streets are lined with cafes and boutiques and the pastel-colored houses slope down toward the sea.

The town of Amalfi, surrounded by dramatic cliffs and beautiful coastal scenery, is home to a majestic medieval cathedral. Ravello, the site of a summertime music festival, has an enchanting mountaintop setting. You can tour the 13th-century Villa Rufolo and enjoy the view from its cliffside gardens.

Normandy, in northern France, about two and a half hours from Paris, is rich in history. Its coastline includes the beaches where Allied troops landed in 1944. Today, you can walk along those beaches, tour World War II museums and pay your respects at the American Cemetery.

The 11th-century Bayeux Tapestry and the abbey on the tiny island of Mont-Saint-Michel are among its ancient treasures. Normandy’s villages have provided inspiration to generations of artists. In Giverny, you can visit the house and gardens of Impressionist painter Claude Monet.

A drive along the coast of Catalonia, in northern Spain, will take you from the Mediterranean to the Pyrenees range and back to the coast. Stops include Tarragona, about an hour south of Barcelona, with its well-preserved Roman archaeological sites. Yo u’ll also travel by a trio of monasteries dating from the 12th century, and the mountains, lakes and waterfalls of the region’s only national park.

Greece is home to stunning ancient ruins and idyllic islands that you can reach by plane or ferry from Athens. Some of the best places to visit are destinations off the beaten track, such as Naxos and Milos. On Naxos, you’ll find secluded villages with beautiful old churches, monasteries and castles.

Orkos Beach is a popular spot for windsurfing and kitesurfing. Ancient volcanic activity has left Milos with a lunar-like landscape overlooking beautiful sandy white beaches. The beach at Sarakiniko is known for its white volcanic rock formations.

You can explore Ireland’s small towns and green countryside on the Wild Atlantic Way, which runs along the western coast. The trail starts in Kinsale, in County Cork, about three hours south of Dublin. Originally a medieval fishing port, it’s considered one of the country’s most beautiful towns. You’ll find brightly colored buildings, unique shops and lots of cafes, restaurants and pubs, all in a waterfront setting. For more dramatic scenery, you can take a drive along the Ring of Kerry and Dingle Peninsula.

For help navigating any travel plans, contact your travel advisor or connect with one through JetSetGO. 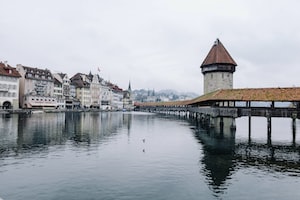 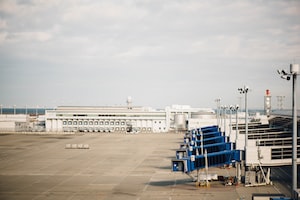 Is an All-Inclusive Resort for You? I Was One of the FIRST Passengers on Margaritaville at Sea